The global Multidimensional Poverty Index (MPI), produced by the UN Development Programme (UNDP) and the Oxford Poverty and Human Development Initiative, also found that in nine specific ethnic groups surveyed, more than 90 per cent of the population is trapped in poverty. 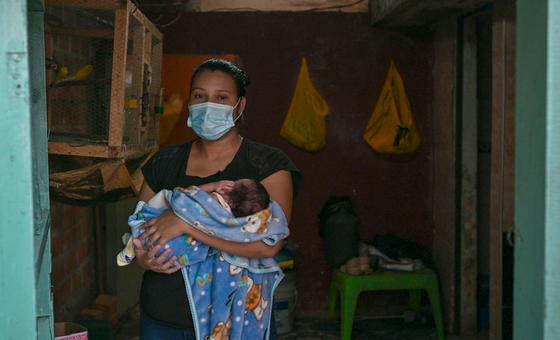 An indigenous woman and her child in Nariño in Colombia. In Latin America, indigenous peoples are among the poorest. , by PAHO/Karen González Abril

Besides income, the Index measures poverty using various indicators, including poor health, insufficient education and a low standard of living.

The research for the report was conducted across 109 countries, covering 5.9 billion people, and presents an ethnicity/race/caste disaggregation, for 41 nations.

Within a country, multidimensional poverty among different ethnic groups can vary immensely.

For example, in Latin America, indigenous peoples are among the poorest. In Bolivia, indigenous communities account for about 44 per cent of the population, but represent 75 per cent of multidimensionally poor people.

The figures are also stark in India, where five out of six people in this situation were from “lower tribes or castes”, according to UNDP.

Proposing solutions for this problem, the authors point out the example of the two poorest ethnic groups in Gambia, that have roughly the same value in the Index, but have different deprivations, to show that different policy actions are needed to find effective solutions for different cases.

Focusing on gender, the report shows that, worldwide, about two-thirds of multidimensionally poor people, or 836 million, live in households where no woman or girl has completed at least six years of schooling.

Besides that, one-sixth of all people in this situation, about 215 million, live in households in which at least one boy or man has completed six or more years of schooling, but no girl or woman has.

The report also finds that these women and girls are at higher risk of suffering intimate partner violence. 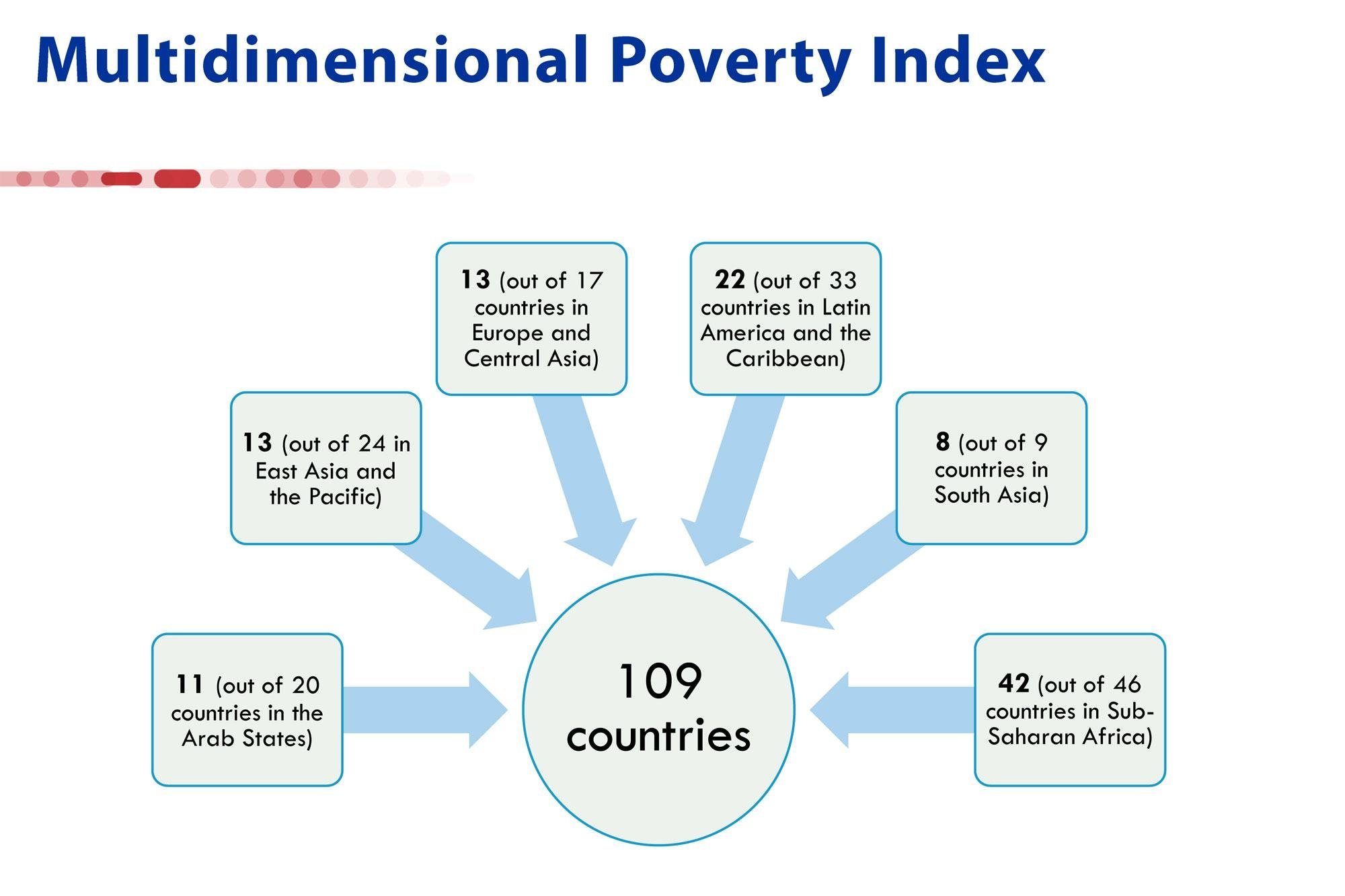 Across the 109 countries studied, a total of 1.3 billion people are multidimensionally poor.

About half of them, 644 million, are children under age 18; and nearly 85 percent live in Sub-Saharan Africa or South Asia. More than 67 percent live in middle-income countries.

Around 1 billion people, for example, are exposed to health risks due to solid cooking fuels, another billion live with inadequate sanitation, and another billion have substandard housing.

Around 788 million live in a household with at least one undernourished person, and about 568 million lack improved drinking water within a 30-minute roundtrip walk.

For UNDP Administrator, Achim Steiner, this is a reminder “of the need for a complete picture of how people are being affected by poverty, who they are and where they live.” 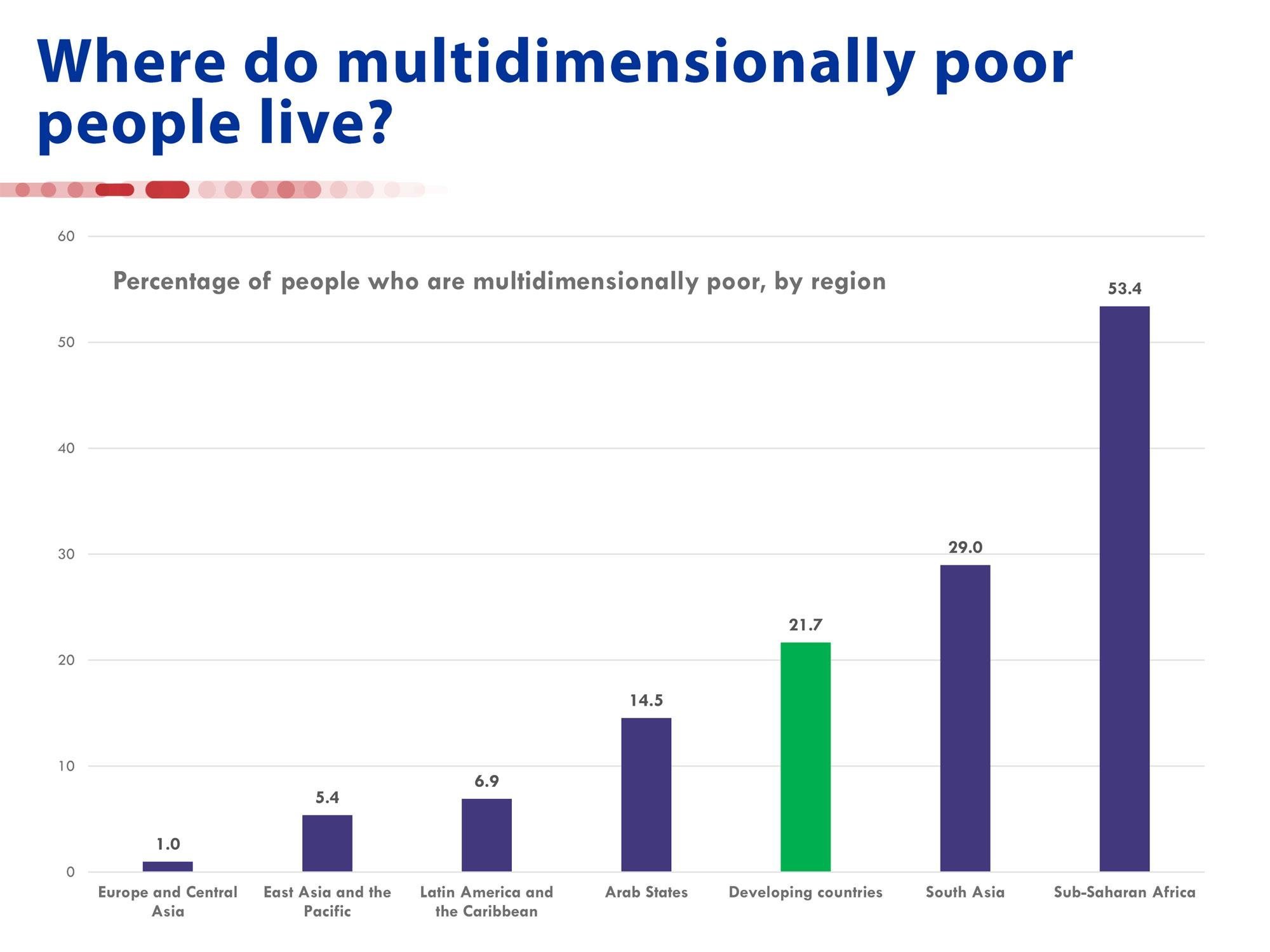 Even though multidimensional poverty remains high, there were signs of progress in some countries, at least until the beginning of the pandemic.

Of the 80 nations and five billion people for which there is data over time, 70 reduced their Multidimensional Poverty Index in at least one period. The fastest changes happened in Sierra Leone and Togo.

The director of OPHI at the University of Oxford, Sabina Alkire, stressed the need to fix the structural inequalities that oppress and hinder progress.

For her, disaggregating multidimensional poverty data by ethnicity, race, caste and gender “unmasks disparities and forms a vital guide to policymakers to leave no one behind in the last decade for action.”