Anthea Arukola, a political advisor to the Vanuatu Government, plans to become the country’s first member of parliament since 2008. Georgiilla Worwor, a law student and community activist, wants to go even further, and convince voters to elect her as Vanuatu’s first-ever Prime Minister.

As part of an audio series recorded in Vanuatu, focusing on some of the women pioneers fighting for gender equality across society, the UN Office for Small Island Developing States (OHRLLS), brought Ms. Arukola and Ms. Worwor together, to share their dreams and aspirations for women in the country. 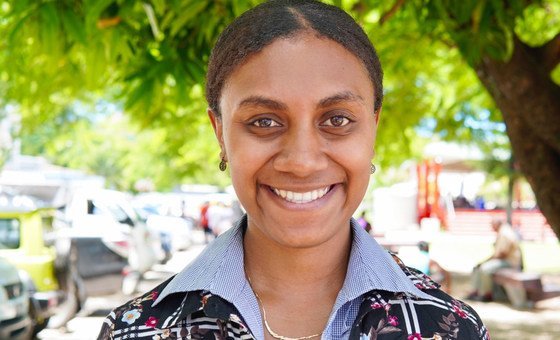 Georgilla Worwor: The parliament of the Republic of Vanuatu is our legislative assembly?, but all I see are pictures of men: presidents, prime ministers, MPs…all men.

I’m an indigenous woman of Vanuatu and the work I do here is to build the country that we want, one that respects, values and makes spaces for women for all people. I have a dream and I’m working towards it. I see myself making decisions, leading, and making history by becoming the Prime Minister of the Republic of Vanuatu.

Anthea Arukole: …and I told you that you did something that no-one else would have done. I think it’s important to encourage young girls who are doing the right thing. 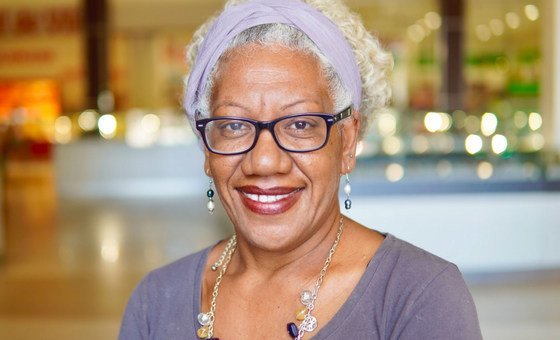 Anthea Arukola, a political advisor to the Vanuatu Government., by OHRLLS/Ginny Stein

Anthea Arukole: Vanuatu has been independent for forty years. I’m going to sound like an old lady, but I was five years old when the first flag was raised, and every single year on the July 30, I shed a tear.

The fortieth anniversary celebrations in 2020 were a realisation of where we’ve come as a nation and prompted discussions on nationhood, of who we are, what we represent, and what we’ve achieved.

Georgilla Worwor: There was a lot of pride in our people, the fact that we are an independent nation, something that not all Melanesian peoples have achieved.

Anthea Arukole: I think it’s also for me, about truly belonging to a place, truly knowing who you are. We are taught in English and French at school, but there is another level of schooling, at home, where we learn our indigenous languages, which also define me. Vanuatu is multicultural, and I am part of a bigger group called Ni-Vanuatu (the people of Vanuatu).

An arena for men

Anthea Arukole: In my view, nepotism plays a big role in Vanuatu politics, and that’s how leaders get picked, but I want to see us choose leaders who will make a difference to people’s lives.

Anthea Arukole: This is also a political arena! Yes, there are no women in parliament right now, but take a look at women-run councils, and the churches. I think they are participating.

Personally, I want to be an MP because women can get things done and I think that I am a             good decisionmaker.

Georgilla Worwor: My political ambition grew out of what I saw in my community. Every time I go back to the island there’s a lack of basic facilities and services. To get to hospital we would have to trek a long way, up a steep hill through an overgrown path. And I thought to myself that what are we doing, what have we been doing?

Anthea Arukole: I think it’s exciting that we have women talking about politics, decision making, and leadership, and to meet someone who has political aspirations. I’d like to tell everyone that you are a leader of yourself first, and if you can lead yourself you can lead other people, other communities.

Georgilla Worwor: I have one thing to say: Anthea, will you open the doors for us to walk in?

Anthea Arukole: Yes, and I think I already have, for a lot of people. Just don’t hesitate to walk through when I open them!

Vanuatu and the UN