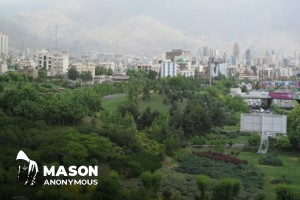 “We are deeply concerned by reported violations of international norms and standards on the use of force, including the firing of live ammunition, against demonstrators in Iran”, Mr. Colville said. “It would suggest that it is not simply the immediate trigger to the protest which was a rise in fuel prices, but…much deeper-seated problems persisting in the country.”

More than 1,000 protesters have also been arrested, the OHCHR official added, although details were difficult to verify as OHCHR does not have an office in the country.

“Overall, protests have reportedly been held in 40 or more towns and cities across the country, but again details have been hard to verify because of the shutdown of the internet late on Saturday”, Mr. Colville explained.

‘Alarming situation is widespread across country’

“There are increasing reports suggesting the numbers killed are certainly in the dozens, in at least two figures, some reports (are) even higher. So, it would be very useful to have a better, clearer picture but it is clearly very significant, very alarming situation and widespread across the country.”

According to the UN humanitarian coordinating agency OCHA, around half of Iran’s 81 million strong population is under-30. People between the ages of 15 and 29 comprise one-third of the population, and nearly three in four people live in towns and cities.

In his second report on the country published in July, the UN independent human rights expert on the situation of human rights in the Islamic Republic of Iran, Special Rapporteur Javaid Rehman, noted that the people of Iran faced rising inflation, late or unpaid wages and lack of access to work, food, health care and water “among other challenges”.

These had been exacerbated by the re-imposition of sanctions, the independent expert insisted, noting also that the most vulnerable members of society -including minorities – had been seriously affected by the deteriorating situation.

In an appeal to security officials to avoid using excessive force, Mr. Colville called on the authorities to issue clear instructions that they should abide by international norms and standards.

Firearms should only be used in cases of an imminent threat to life or of serious injury and only when less extreme measures are insufficient to address such a threat when dispersing peaceful assemblies, he said.

Protesters should for their part carry out demonstrations without resorting to physical violence or the destruction of property, he insisted, while also calling on the Government to re-establish web access immediately, as well as other forms of communication.

“We would encourage States to maintain the flow of information; if there’s false information they can rebut it, but let’s see the information”, he told reporters, noting that Iran was a State party to the International Covenant on Civil and Political Rights (ICCPR).

And in reference to sanctions “imposed by the United States” that were among the serious economic challenges gripping the country despite its huge oil and gas reserves, the UN human rights office spokesperson urged the authorities to “engage in meaningful dialogue” with Iranians.

“Simply responding with harsh words and an iron fist” risked violating international norms and seriously aggravating the situation to everyone’s disadvantage – including the Government’s”, he warned.