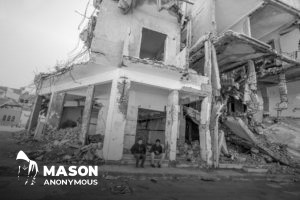 “The escalation of attacks in residential areas, including the use of artillery, rockets and airstrikes is deeply worrying. Thousands of children, women and men’s lives are at risk,” Ms. Bachelet said, calling on all parties to fully respect international human rights and humanitarian law.

The recent escalation of violence in Libya's capital, Tripoli, has uprooted the lives of thousands of innocent civilians.
The @UNHumanRights chief, @mbachelet, calls for respect of international humanitarian law and a humanitarian truce: pic.twitter.com/yxDmaK1uYF

“I remind all parties to the conflict that the use of explosive weapons with indiscriminate effects, in densely populated areas is a violation of international humanitarian and human rights law,” she stated.

In her statement released on Tuesday, human rights High Commissioner Bachelet also expressed serious concerns about the safety of around 3,350 migrants and refugees, still held in detention centres near the conflict areas. “Migrants should be released from detention centres as a matter of urgency, and should have access to the same humanitarian protection as all civilians, including access to collective shelters or other safe places,” she stressed.

The UN refugee agency (UNHCR) echoed her call for a “temporary humanitarian truce to allow for the provision of emergency services and the safe and voluntary passage of civilians out of conflict-affected areas”.

Fighting broke out in Tripoli at the beginning of April, when General Khalifa Haftar, commander of the self-styled Libyan National Army, began a military campaign to take Tripoli from fighters loyal to the UN-recognized Government. By the second week of the month, casualties were in the hundreds, and the number of displaced, in the thousands.

To date, the UN has recorded close to 350 people killed, including 22 civilians, and over 1,650 wounded, including 74 civilians. Ms. Bachelet noted that the actual number of civilians killed or injured “is likely to be higher”.

“The hospitals are overwhelmed with injured people requiring surgery,” said Dr. Hussein Hassan, Health Emergencies Team leader for the World Health Organization in Libya. “WHO’s emergency medical teams are helping them save lives,” he explained, adding that the “EMTs work into the wee hours to handle complicated surgical cases.”

“Some specialists, like the vascular surgeon, are travelling from one place to another to cover two hospitals,” he added. In just over a week, WHO’s three medical teams have performed 144 major surgeries and 104 minor surgeries in a little more than a week.

As conflict intensifies, the UN is lacking funding to carry out critical interventions. Along with other humanitarian partners, it launched a common flash appeal for US$ 10.2 million to assist about 100,000 people specifically affected by the surge in violence around Tripoli.