With only a few days until the G20 Summit of leading industrialized nations in Rome, followed immediately by the UN climate conference (COP26) in Glasgow, Deputy Secretary-General Amina Mohammed lauded the new initiative.

In our fight against climate change, failure is a choice, not a certainty.

The launch of the Middle East Green Initiative #MGISummit today is a clear testimony to the region's ability to act as a frontrunner for a post-carbon, resilient and inclusive economy. #ClimateAction pic.twitter.com/ukPSUXeRqp

“It will not only help reduce emissions from the oil and gas industry in the region but will also create new carbon sinks and help restore and protect vast swaths of land through afforestation”, she said.

“It is now clear that the global economy is irreversibly heading towards the deep decarbonization of all sectors, from energy, to manufacturing, transport, and food systems”.

Ms. Mohammed echoed the Secretary-General’s warning that global temperature rises greater than 1.5 degrees Celsius above pre-industrial levels, would condemn the world’s children to a “hellish future”.

“We need to urgently peak, reduce, and stabilize global greenhouse gas emissions to Net Zero by 2050” by cutting global emissions by 2030 by 45 per cent, compared to 2010 levels, she said.

“Your leadership is needed more than ever at this historic juncture”.

Entire communities the world over, are already being hurt by climate impacts, with the Middle East and North Africa particularly vulnerable.

Exposed to a range of systemic risks, such as desertification, food insecurity, forced displacement and extreme heat waves, without action the region will face 200 days of extreme heat, and temperatures of 50°C, every year by the end of the century, according to Ms. Mohammed.

“But the region also has incredible assets to leverage, which could make it a frontrunner for a post-carbon, resilient, and inclusive economy”, she added.

Choose not to fail

Everyone must act quickly for a fair net-zero transition in all regions, especially those dependent on oil and gas revenues, Ms. Mohammed said, spelling out: “In our fight against climate change, failure is a choice, not a certainty”.

While transitioning away from fossil fuels will be “a challenge of epic proportions”, requiring targeted support to those temporarily impacted, she upheld that those investments “could yield innumerable benefits in the long term”.

“Solidarity and fairness are core principles that underpin the multilateral regime” she said. “That is why I am pleased to see that the Middle East Green Initiative is a regional and cooperative approach to climate action”. 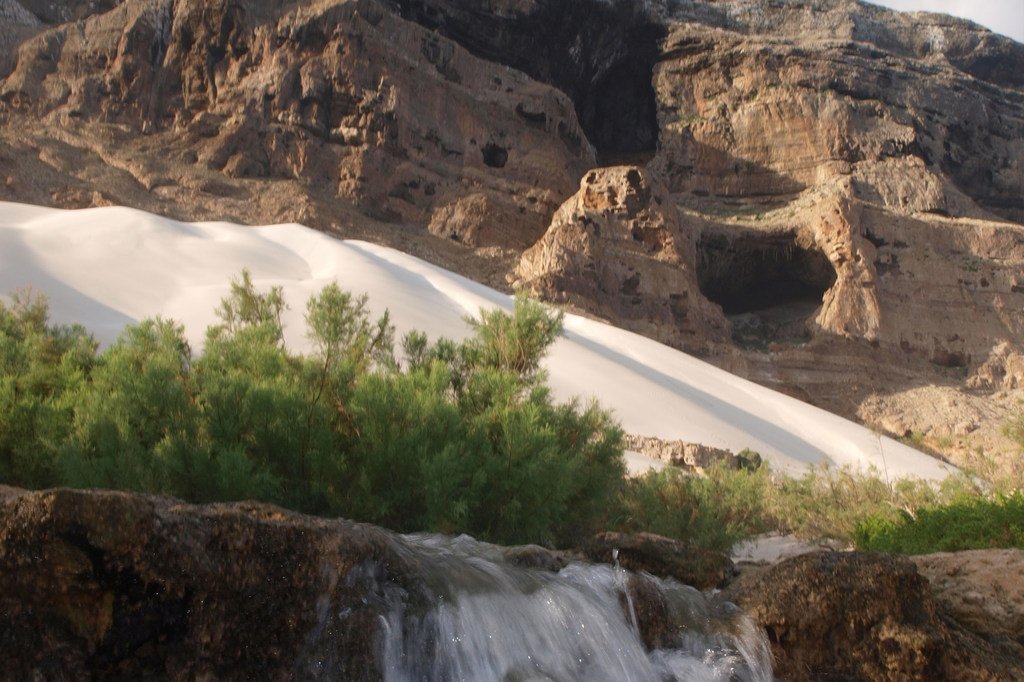 WMO/Romeo Ibrišević
Socotra, largest of the Socotra archipelago is part of Yemen, while the other three islands are geographically part of Africa.

During COP26, the deputy UN chief urged the leaders to be prepared to make it not only a success, but a real turning point towards “a green, resilient, and just transition”.

Against that backdrop, she suggested that all countries update their Nationally Determined Contributions (NDC) for increasingly ambitious climate actions that “bring us closer to our collective emission reduction goal” globally.

“G20 countries, who are responsible for up to 80 per cent of global emissions must lead by example”, said the UN official, asking donors to allocate at least half of their climate finance to adaptation.

“As shareholders of multilateral, regional and national development banks and funds, you can instruct your representatives at the Boards of these institutions to work toward allocating 50 per cent of climate finance to adaptation”, she said.

Credibility ‘will be key’

Pointing out that the Paris Agreement on climate change requires that all public and private finance investment flows be aligned with the Sustainable Development Goals (SDGs), she urged that private finance reach constituencies that are “not always on their radar”, such as least developed countries, small-developing islands and in general vulnerable communities.

“And private finance institutions…need to pass the credibility test…[including] robust taxonomies and standards; mandatory climate risk disclosure; and more transparency across the board to ensure that all financial flows contribute to keeping the 1.5C degree goal within reach”, she said. “Credibility will be key”.

And top executives in the private sector, should understand that developing countries should not be saddled with unsustainable levels of debt, forced to make “impossible trade-offs to the detriment of their people and our planet”.