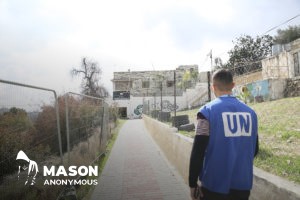 Thousands of suspected foreign ISIL terrorist fighters and their families who are being held in detention in Syria and Iraq, must be treated fairly by their captors and taken back by their home countries, the UN High Commissioner for Human Rights said on Monday.

In an address to Member States marking the start of the Human Rights Council’s 41st session in Geneva, Michelle Bacheletexplained that more than 55,000 men, women and children have been rounded up since the fall of the self-styled “Caliphate” in the spring.

The UN refugee agency, UNHCR, announced that on 17 and 18 December it will be hosting the first-ever Global Refugee Forum in Geneva.

With tens of millions of people affected by war, conflict and persecution, the Forum will provide an opportunity for countries to take stock of the situation today and strengthen the international response.

UN High Commissioner for Refugees Filippo Grandi said that “refugee situations send ripples across entire regions and beyond”, pointing out that “dealing with displacement challenges cannot be done alone”, requiring a united vision among countries, coupled with concrete action.

“This is the goal of the Global Compact on Refugees and it is what we will be working towards” during the Forum, he spelled out.

UN Secretary-General António Guterres is expected to attend the event, which will be held at Ministerial level and, among other things, focus on burden and responsibility-sharing; education; livelihoods; and protection. 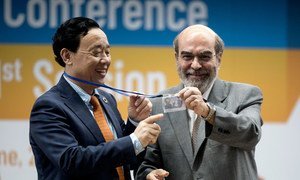 On Sunday, the UN food and agriculture agency, FAO, elected Qu Dongyu, China’s agricultural deputy minister, to take the reins on 1 August. Having received a total of 108 votes out of 191 cast, FAO’s 194-member countries chose Mr. Qu during its 41st annual conference in Rome.

The new FAO chief, who was born in 1963, is the first person from a communist country to hold the top job and the ninth Director-General since the Organization was founded in 1945. Current chief José Graziano da Silva, from Brazil, will complete his four-year term on 31 July.

As China’s vice-minister for agriculture, Mr. Qu worked on several rural development projects all over the world, during which time he was in close contact with many UN countries. 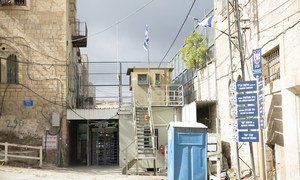 A United Nations human rights committee, mandated with investigating Israeli practices, noted on Monday “with deep concern the continued degradation of the human rights situation in the Occupied Palestinian Territory” as a result of  Israeli policies and practices. The recent spike in settlement expansion and settler violence, especially against children and schools, was also noted as alarming.

The findings stem from the UN Special Committee to Investigate Israeli Practices Affecting the Human Rights of the Palestinian People and Other Arabs of the Occupied Territories, which just concluded its annual mission to Amman, Jordan.

The various illegal and discriminatory practices denounced by the committee include, to name a few:

The committee will present its next report to the General Assembly in November 2019.

Listen to or download our audio News In Brief for 24 June on SoundCloud: