Ozone on track to heal completely in our lifetime, UN environment agency declares on World Day 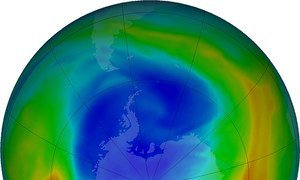 At the current momentum, scientists predict the planet’s protective shield of gas – or ozone layer as we know it – will be completely healed as far as some regions of the planet are concerned, by the 2030’s, the UN’s environmental agency (UNEP) has revealed.

The recognition of this success comes on World Ozone Day, marked 16 September. This year celebrates “32 Years and Healing”; a commemoration of the international commitment to protect the ozone later and the climate under the historic Montreal Protocol, which has led to the phase-out of 99 per cent of ozone-depleting chemicals. 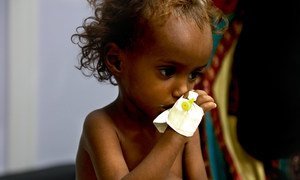 Attacks on oil facilities in Saudi Arabia over the weekend, claimed by rebel fighters in Yemen, are a sign that the war-torn country could be drawn into even greater conflict, the top United Nations official there told the Security Council.

Special Envoy Martin Griffiths said there is “no time to waste” in ending four years of fighting between Houthi rebels and the internationally-recognized Government, supported by a Saudi-led coalition, which has pushed the country to the brink of famine. 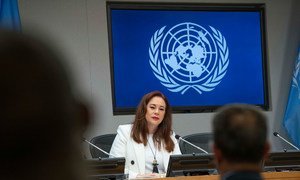 Through consultation, collaboration and consensus, the UN chief on Monday described outgoing President of the General Assembly, María Fernanda Espinosa, as “a champion for multilateralism” who had succeeded in making the United Nations “relevant to all”.

As “our universal platform to build consensus for the common good”, he said it had been his “privilege” to work with the Assembly under the leadership of Ms. Espinosa, the fourth woman to serve as the body’s President.

The UN chief commended her “ambitious priorities for this session, which addressed crucial matters of international impact and concern, including gender equality, migration and refugees, decent work for all, environmental protection, the rights of people with disabilities, promoting the voices of young people to advance peace and security, and revitalizing the work of the United Nations”.

Flooding displaces 64,000 in Laos and Thailand, 1,200 more in Myanmar due to conflict 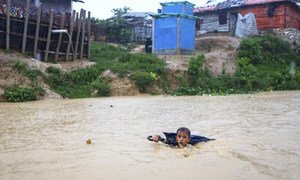 A new humanitarian snapshot from the UN’s Office for the Coordination for Humanitarian Affairs (OCHA) for Asia and the Pacific shows that between intensified conflict and serious disasters, thousands remain displaced in the region.

At least 40,000 Lao people and 24,000 in Northern Thailand were counted displaced in the last week, with 32 people reportedly killed, all due to severe flooding caused by two major tropical storms, Podul and Kajiki.

Meanwhile in Myanmar, a flareup in conflict between the country’s military and Tan’ang National Liberation Army on 13 September have displaced more than 1,200 people (mostly elderly and children) in just three days. 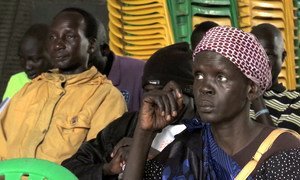 In an update to the Human Rights Council, the  Commission on Human Rights in South Sudan said that women in the northern town of Bentiu, as well as Yei and Wau states, say they are still victims of high levels of sexually-motivated attacks.

Although the panel’s report does not indicate the number of incidents, chairperson of the panel Yasmin Sooka insisted that rape “has not stopped” in the east African country. 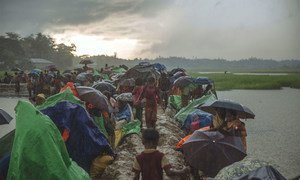 Hundreds of thousands of ethnic Rohingya who remain in Myanmar may face a greater threat of genocide than ever, amid Government attempts to “erase their identity and remove them from the country”, UN-appointed independent investigators say.

In a report detailing alleged violations in Myanmar over the last year, the Independent International Fact-Finding Mission, insists that many of the conditions that led to “killings, rapes and gang rapes, torture, forced displacement and other grave rights violations” by the country’s military, that prompted some 700,000 Rohingya to flee to neighbouring Bangladesh in 2017, are still present.