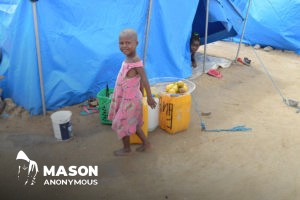 The International Pledging Conference is taking place in the coastal city of Beira, one of the areas worst hit by the cyclones, hoping to raise $3.2 billion to “facilitate the reconstruction and building of resilience in the affected areas”. 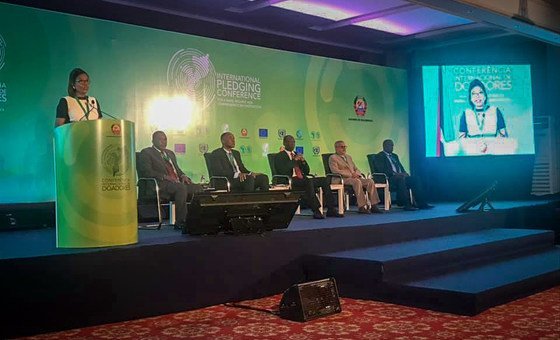 UN Mozambique | Participants in the first day of the International Donors Conference in Beira, Mozambique.

“I personally witnessed the results of the devastation caused by Cyclone Idai during my recent visit to the affected areas”, said Ahunna Eziakonwa, Assistant Administrator and Director of UNDP’s Regional Bureau for Africa. “UNDP fully supports the efforts of the Government of Mozambique to achieve sustainable recovery and resilience,” he added.

Over the course of the two days, about 700 participants from international organizations, development partners, private sector and civil society organizations are expected to participate in the conference as well as Mozambique President Filipe Nyusi and several senior ministers.

In a written message, the President of the General Assembly, María Espinosa she expressed her full support to Mozambique and called for concrete action to support the recovery efforts.

“We need to do more than express solidarity, by sending a strong and clear message that the international community stands by the people of Mozambique in word and in deed; that we will support the country as it mobilizes its own efforts to rebuild and achieve sustainable development”, Ms. Espinosa said.

The basis for the pledges is the Post Disaster Needs Assessment (PDNA) – an in-depth technical study conducted by UNDP, the European Union, the World Bank and the African Development Bank.

In an interview with UN News in Maputo, Marcoluigi Corsi, UN Humanitarian Coordinator in Mozambique, said he hoped that the event would serve to reflect and unify the country.

“It’s an opportunity to create a climate of trust so that together we can help and support the people who are still suffering”, said Mr. Corsi.

In everything we do, including humanitarian assistance, emergency aid and reconstruction, “we have to put people at the center of our work”, he added.

He explained that the money pledged will be used “to recover and rebuild the health sector, transportation, education and social protection”, all of which requires working “together with all partners”.

Meanwhile, the chief of the UN Office for Disaster Risk Reduction (UNISDR) tweeted that Beira’s destruction was “a clear warning that we must do much more to prepare and adapt for climate change in low- and middle-income countries”.

“The people of Beira had no past experience as Cyclone Idai bore down on them, destroying their homes, schools, hospitals, public utilities, roads and bridges in a violent demonstration of what it means in this century to live on the water’s edge” said UNISDR head, Mami Mizutori, in an opinion piece published on Sunday, prior to the conference.

“Beira is not alone”, she added, saying that thousands of cities and towns across the developing world, where the sea is encroaching little by little, are “on a very visible front line”.