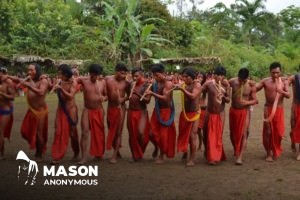 Emrya Wajãpi was killed on July 23 in Amapá, a region in the far north of Brazil, bordering French Guyana.

According to media reports, witnesses saw a number of gold miners enter the protected reserve of the Wajãpi community, then stab their leader to death.

#Brazil: Effective measures should be taken to save lives & physical integrity of the #Waiãpi people. I urge Gov to act decisively to halt invasion of #indigenous territories & ensure their collective rights to their land –UN Human Rights Chief @mbachelet: https://t.co/XE1VN9WxQ8 pic.twitter.com/YWNyr1b1M9

“The murder of Emrya Wajãpi, leader of the indigenous Wajãpi people, is tragic and reprehensible in its own right”, said Ms. Bachelet on Monday.

“It is also a disturbing symptom of the growing problem of encroachment on indigenous land – especially forests – by miners, loggers and farmers in Brazil.”

According to the UN human rights chief, the proposed policy of the Brazilian Government to open the Amazon up to mining could lead to “incidents of violence, intimidation and killings.”

The UN human rights chief underlined that the protection of indigenous peoples and lands is not only an issue in Brazil, but the whole world.

While some progress has been made in recent years, enforcement of existing laws and policies has been weak, and in some cases existing environmental and indigenous institutional frameworks have been dismantled: the statement declared that this “appears now to be the case” in Brazil.

Ms. Bachelet called on the Government of Brazil to reconsider its policies towards indigenous peoples and their lands, so that Emrya Wajãpi’s murder does not herald a new wave of violence aimed at scaring people off their ancestral lands.

This could, she continued, enable “further destruction of the rainforest, with all the scientifically-established ramifications that has, for the exacerbation of climate change.”