Mr. Bauer believes that Haiti is facing an unprecedented crisis, which could get even worse. For this reason, he says, there is no time to waste.

“It’s difficult to believe that a mere two hours’ flight from Miami, a staggering 4.7 million people – half of Haiti’s population – are in the throes of a food crisis. In the Cité Soleil neighborhood of Port-au-Prince, 19,000 people are suffering in the ‘catastrophe’ level on the global scale for measuring food insecurity.

In the 1980s, I used to visit Haiti on family trips; my mother fled to the US in the 1960s and I grew up in the suburbs of Washington, DC. The country was very poor then but able to feed itself. Now as I witness its struggle, coordinating the World Food Programme’s response, I cannot deny feeling affected on a deeply personal level. 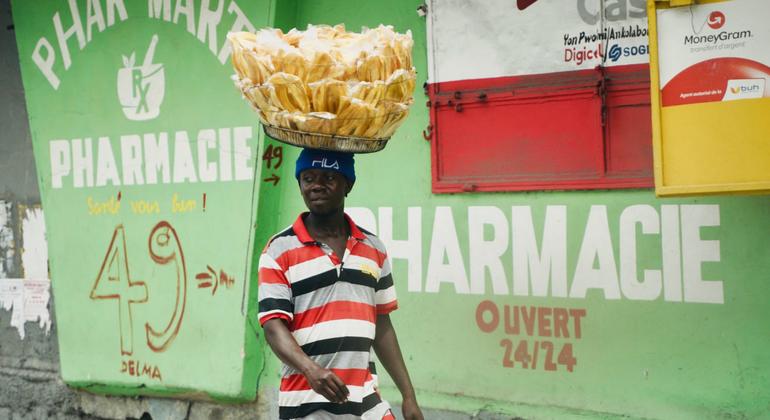 ‘A succession of disasters’

In the 1990s there was a series of coups and a trade embargo; people risked their lives to leave on boats. Free market policies ruined Haiti’s smallholder farmers and left the country heavily reliant on food imports. A succession of disasters followed, including the 2010 earthquake and cholera outbreak, hurricane Matthew in 2016, and the Southern earthquake of 2021.

Things are now at a breaking point. This crisis will not pass – it needs renewed and robust humanitarian assistance.

I am often asked why things are in fact so bad, so close to my family’s adopted home. I answer that Haiti is starving because gangs have taken control of ports and roads. This cut off communities from both the farms that feed them and from essential humanitarian aid. In the past year, food and fuel prices have skyrocketed. 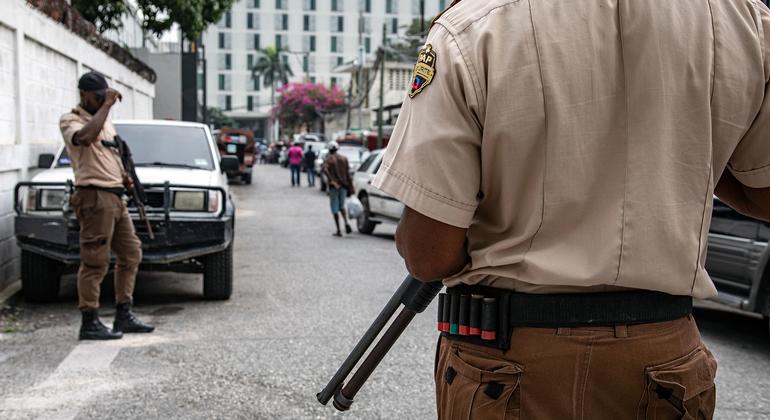 A country brought to a standstill

In September, protests and widespread looting erupted. Roadblocks brought the country to a standstill, what Haitians call a peyi lok (lockdown). The peyi lok that began on 12 September felt a lot like the ones that occurred worldwide during the early months of the Covid pandemic – except that people were now forced to stay home by fear and violence, rather than by a dangerous disease.

During the peyi lok, panic-buying broke out. Supermarkets shelves grew thinner as the days went by. I recently met a group of women in Cité Soleil as they waited for much-needed food from WFP. They said work is hard to come by, that they simply can’t afford to buy the food they need. They were drinking rainwater, they said. For dinner, they sometimes boil water and add salt because there’s simply nothing else to eat. As we talked, shots rang out and bullets flew overhead. Sadly, the people of Haiti have become conditioned to violence and hunger.

Against this backdrop, WFP and its partners have provided food to over 1 million Haitians this year – including over 100,000 people since the lockdown. The only safe way to get in and out of Port-au-Prince is by air. The WFP-managed UN Humanitarian Air Service has helped ferry vital cargo for the cholera response. But while emergency rations and airlifts will keep people alive, they won’t offer a future.

Armed groups are no longer in control of the Varrreux fuel Terminal but still hold swathes of the city. Their stranglehold on Haitian society must stop. The UN sanctions that placed on those who support them are a step in the right direction. But humanitarian work in Haiti needs a change of tack. 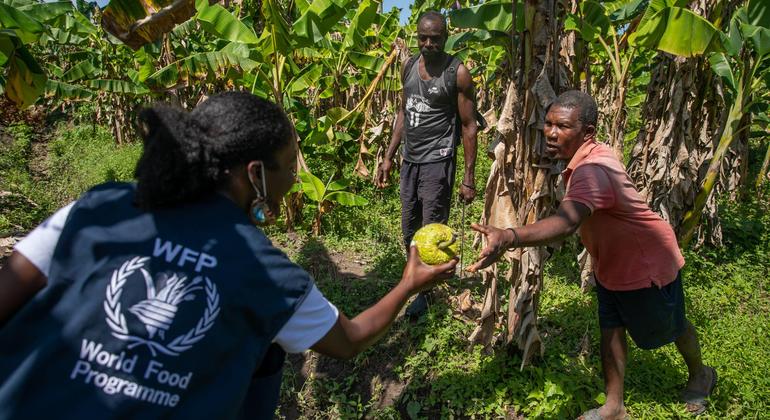 Helping Haiti to feed its people

Above all, we must help Haitian farmers feed their own people. WFP is working with 75 farming cooperatives to provide meals to schoolchildren.

Thanks to this programme, on any given school day, 100,000 children receive a locally-sourced school meal. But social unrest is keeping children away from schools and farmers from markets. The peyi lok must end, so that rebuilding Haiti’s shattered food systems can resume.