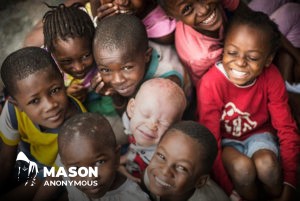 Each 13 June, the world is reminded that people with albinism deserve to have their rights to life and security protected. Persons with albinism routinely face ongoing hurdles and challenges to their human rights, ranging from stigma and discrimination, to barriers in health and education.

Albinism is a rare, non-contagious, genetically inherited condition present at birth. It is found in both sexes, regardless of ethnicity, in all countries of the world.

A lack of pigmentation, or melanin, in the hair, skin and eyes, causes vulnerability to the sun and bright lights, usually leaving people with albinism visually impaired and prone to developing skin cancer.

In some countries, according to UN figures, a majority of those persons with albinism die from skin cancer between the ages of 30 and 40. Although highly preventable when their right to health is maintained, these measures – including access to regular health checks, sunscreen, sunglasses and sun-protective clothing – are unavailable or inaccessible to them in a significant number of countries.

Due to the lack of melanin in the eyes, persons with albinism also have permanent visual impairment that often leads to disabilities.

Consequently, in the realm of development measures, they have been and are among those “left furthest behind.” Therefore, the UN stresses that persons with albinism need to be targeted for human rights interventions in the manner envisioned by the Sustainable Development Goals.

While numbers vary, it is estimated that in North America and Europe one-in-every 17,000 to 20,000 people have some form of albinism. The condition is much more prevalent in sub-Saharan Africa, with estimates of one-in-1,400 people being affected in Tanzania and as high as one-in-1,000 reported for populations in Zimbabwe and other ethnic groups in Southern Africa, according to the UN. 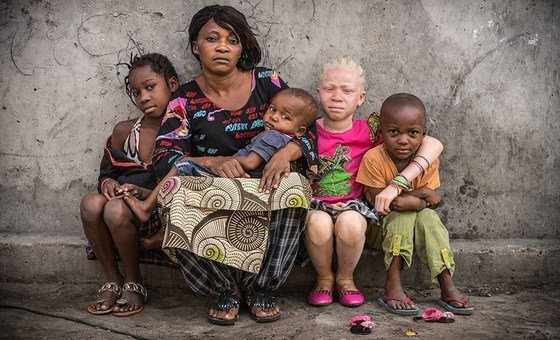 Corbis Images/Patricia Willocq | People affected by albinism are often visually impaired and need special protection against the sun. They often develop skin cancer and suffer from social stigmatization, according to UNICEF. ​​​

Discrimination against people with albinism varies from region to region.

In the western world, including North America, Europe and Australia, it often consists of name-calling, teasing and bullying in childhood.

Little information is available from other regions, including Asia, South America and the Pacific. However, the UN reveals that according to some reports, in China and other Asian countries, “children with albinism face abandonment and rejection by their families”.

Persons with albinism in Africa often face severe forms of discrimination and violence, statistics show. In a region where most of the population is relatively dark-skinned, the greater contrast in the degree of pigmentation draws attention to people with albinism, making them more vulnerable.

Since 2010, there have been around 700 cases of attacks and killings of persons with albinism in 28 countries in Sub-Saharan Africa. And those are only the reported cases.

The UN in New York is commemorating the day with a series of events, including on in which participants, including South African model Thando Hopa, will walk from the UN to Times Square where a billboard will display Albinism Day messaging.

There is also a side-event for persons with albinism during the 12th session of the Conference of States Parties to the Convention on the Rights of Persons with Disabilities, which, among others, will feature Mwigulu Matonange, a child victim of mutilation in Tanzania who, in 2015, was assisted by the UN Fund for Victims of Torture in receiving a prosthetic arm.

One young man with albinism, Lazarus Chigwandali, uses his music for change. Mr. Chigwandali has been featured in an award-winning documentary and has also met with the Ikponwosa Ero the UN Independent Expert on the enjoyment of human rights by persons with albinism. Together, they are standing strong for human rights.