2017: ‘Ethnic cleansing’ of the Rohingya 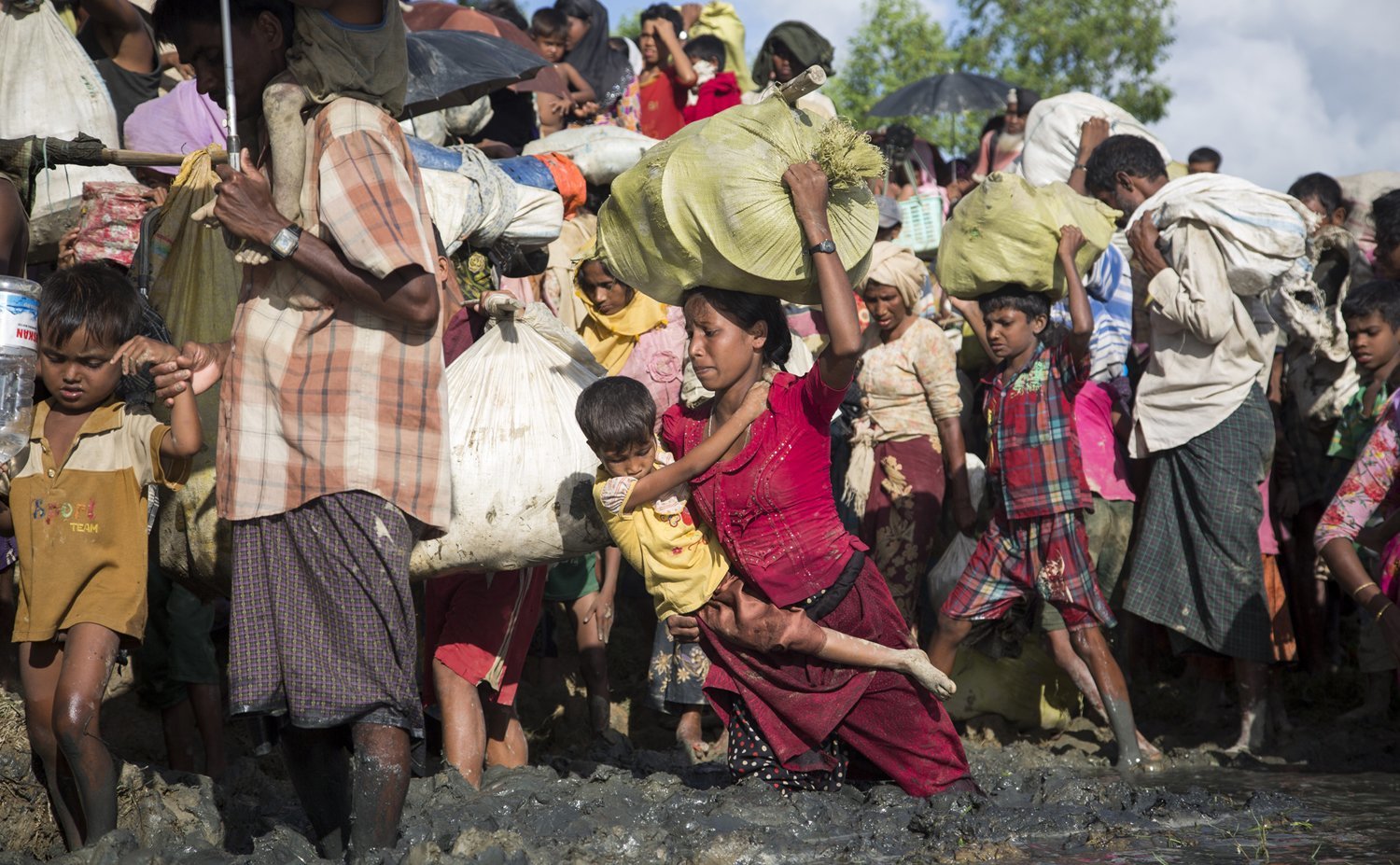 UNHCR/Roger Arnold
Rohingya Muslims from Myanmar flee to Bangladesh after facing brutal persecution that UN officials have said may amount to crimes against humanity.

In August 2017, soldiers from the Myanmar military carried out a security crackdown in Rakhine, a region in the west of the country that borders Bangladesh, blaming deadly attacks on police and security posts by Rohingya separatists from the self-styled Arakan Rohingya Salvation Arakan Army.

The military operation is widely believed to have led to numerous atrocities committed against mostly-Muslim Rohingya civilians, a minority who have faced many episodes of persecution in the past, and was described by Zeid Ra‘ad al-Hussein, the then UN human rights chief, as bearing all the hallmarks of a “textbook example of ethnic cleansing”.

As evidence, Mr. Ra‘ad al-Hussein pointed to reports of Myanmar authorities laying landmines along the border with Bangladesh and requiring returnees to provide “proof of nationality,” an impossibility given that successive Myanmar governments have since 1962 progressively stripped the Rohingya population of their political and civil rights, including citizenship rights.

By September of that year, more than half a million Rohingya people had arrived in Bangladesh, swelling the Kutupalong refugee camp, and leaving UN agencies struggling to cope.

The UN Population Fund, UNFPA, warned that horrific accounts of rape and sexual assault against Rohingya women and girls fleeing unrest in Myanmar could be “just the tip of the iceberg,” whilst a group of independent UN rights experts called on the international community to take action, noting “credible allegations of serious human rights violations and abuses committed against the Rohingya, including extrajudicial killings, excessive use of force, torture and ill-treatment, sexual and gender-based violence, and forced displacement, as well as the burning and destruction of over 200 Rohingya villages and tens of thousands of homes”.

To date, the UN refugee agency, UNHCR, has documented the arrival of over 744,000 refugees in the camp since the crackdown, and Kutupalong is now believed to the biggest refugee camp in the world.

The chances of the refugees returning home in any great numbers appears slim, with a September 2019 UN-appointed investigation concluding that the threat of genocide hanging over ethnic Rohingya who still live in Myanmar remains higher than ever, amid Government attempts to “erase their identity and remove them from the country”.

In December 2019, Aung San Suu Kyi, the de-facto civilian leader of Myanmar, defended her country’s military against accusations of genocide, brought by The Gambia on behalf of the Organization of Islamic Cooperation, at the International Court of Justice (ICJ), the UN’s main judicial body, which settles disputed between countries.

Meanwhile, in November 2019, the International Criminal Court (ICC), which has the responsibility of trying individuals, authorized its own investigation into alleged crimes against humanity, namely deportation, committed against the Rohingya.

Liberia was once a by-word for insecurity and turmoil, suffering 15 years of conflict between 1989 and 2003, during which time it went through two civil wars, a complete breakdown of law and order, and saw the death of almost 250,000 people.

By 2018 the turnaround in the fortunes of country was complete: in January, George Weah succeeded Ellen Johnson Sirleaf as the country’s President, the first time in almost three quarters of a century that Liberians had seen a peaceful transfer of power.

And, in March, the UN Mission in Liberia, UNMIL, which was established by the UN Security Council in 2003 after a peace agreement was signed to end the fighting, closed: during his January inauguration, President Weah praised the Mission for ensuring “unbroken peace within our borders for more than a decade.”

UNMIL successfully created a security environment that enabled more than a million refugees and displaced persons return to their homes; supported the holding of three presidential elections, and helped the government establish its authority throughout the whole country following years of fighting and instability.

On March 31, the Mission was replaced by a UN country team, and the 17 UN funds and agencies present in Liberia remained in the country to focus on development, and improving the lives of Liberian people.

“We are a peacekeeping success story, and we are grateful for the support given,” he said.

2019: fresh impetus in the fight against the climate emergency

This year has seen UN Secretary-General António Guterres injecting new momentum into the fight against the climate crisis, as a host of hard-hitting reports from several authoritative sources – including the UN Environment Programme, World Meteorological Organization, UN climate change body UNFCCC, and Intergovernmental Planet on Climate Change, drove home the stark message that the world is facing a global environmental catastrophe, unless significant cuts are made to global greenhouse gas emissions.

The UN chief’s steady drumbeat of pressure culminated is his Climate Action Summit at UN Headquarters in New York this September, which he trailed earlier in the year by warning world leaders that he expected them to arrive with concrete plans for cutting emissions, rather than “beautiful speeches”.

On that score, the conference could be deemed a success, with many countries announcing increased action to deal with the climate crisis, above and beyond commitments made in the key Paris climate agreement in 2015.

Several nations signalled a move away from fossil fuels and made financial pledges to help developing countries deal with the effects of climate change; major businesses announced climate targets across their operations; and over 2000 cities committed to placing climate risk at the centre of their decision-making.

However, attention was dominated by the furious and impassioned speech of 16-year-old activist Greta Thunberg, who blasted world leaders: “you are failing us, but the young people are starting to understand your betrayal. The eyes of all future generations are upon you, and if you choose to fail us, I say, we will never forgive you.”

Ms. Thunberg’s anger was welcomed by the Secretary-General, who closed the conference by acknowledging the “boost in momentum, cooperation and ambition”, but also warning that “we have a long way to go”.

The COP25 UN climate conference in Madrid, which took place during the first two weeks of December was the next milestone on the long journey to a sustainable global economy.

Many commentators and activists saw the conference as a disappointment, as no overall consensus was reached on the key issue of increased climate change. However, UN chief António Guterres refused to see COP25 as a defeat, vowing “we must not give up, and I will not give up”, and there were several signs of progress, and growing momentum for change.

The European Union, for example, committed to carbon neutrality by 2050, and 73 nations announced that they will submit an enhanced climate action plan (or Nationally Determined Contribution). A groundswell of ambition for a cleaner economy was also evident at a regional and local level, with 14 regions, 398 cities, 786 businesses and 16 investors are working towards achieving net-zero CO2 emissions by 2050.

UN gears up for 75 year anniversary

Looking forward to next year, the UN will celebrate its 75th anniversary and, to mark the occasion, will launch the “biggest-ever global conversation” about the future of the planet, as part of the events marking next year’s 75-year anniversary of the Organization.

This will involve dialogues to be held around the world, allowing people to express their hopes and fears, and the UN to learn from their experiences. The views and ideas generated, will be presented to world leaders, and senior UN officials, at a high-profile event held in September 2020.

Find more information on the UN’s plans to mark its 75-year anniversary, and how to get involved in the global conversation on the world’s future, here.

We hope you’ve enjoyed our Decade in Review three-part series.

If you enjoy podcasts, as 2019 draws to a close we have updated podcast offerings, so you can now enjoyed our flagship series “The Lid is On”; our new hit series, Uncomplicated; and all our news-making and often inspiring interviews. You will find them wherever you get your podcasts.

In Pictures: Take a look at what happened at the United Nations during 2019 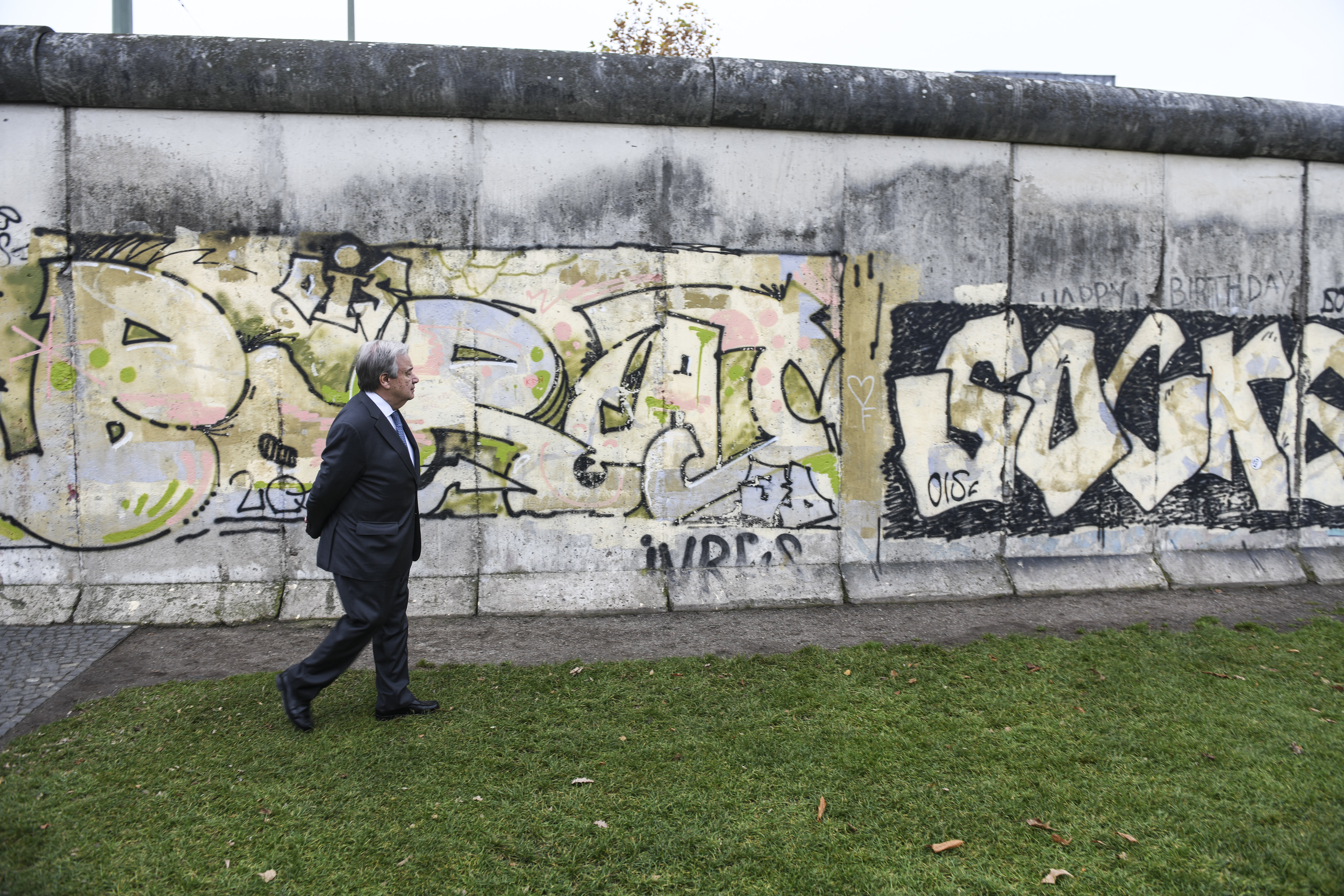