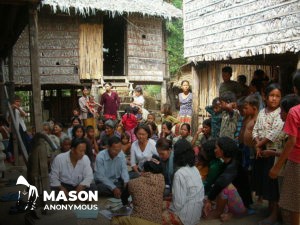 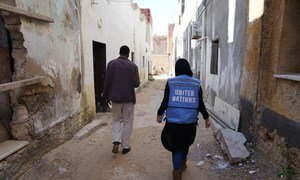 An attack on an ambulance in Tripoli on Wednesday that has critically injured the head of emergency services in Libya’s war-torn capital, along with two paramedics, has been strongly condemned by UN humanitarians.

Health workers and civilians have not been spared in heavy clashes that erupted in early April between the internationally-recognized Government and eastern forces loyal to commander Khalifa Haftar’s self-styled Libyan National Army, marking the latest episode in spiralling violence that followed the overthrow of President Muammar Gaddafi in 2011.

As the conflict continues into its second month, more than 400 people have died and some 2,000 have been wounded, in addition to the thousands of displaced civilians.

New SDG Advocates sign up for ‘peace, prosperity, people’ and planet, on the road to 2030 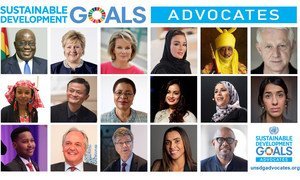 As the UN and partners around the world push towards reaching the Sustainable Development Goals (SDGs) by 2030, six new influential public figures came on board as official SDG Advocates on Thursday, committing themselves to the pursuit of the 17 goals on behalf of “peace, prosperity, people, planet, and partnerships.”

“We have the tools to answer the questions posed by climate change, environmental pressure, poverty and inequality”, said UN Secretary-General, António Guterres. “They lie in the great agreements of 2015 – the 2030 Agenda for Sustainable Development and the Paris Agreement on climate change.”

>> Find out who they are here. 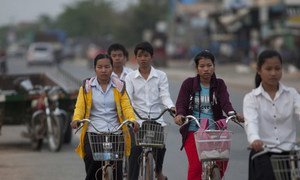 A new political culture in Cambodia that focuses on issues, rather than “on personalities,” will create a solid basis for durable peace, sustainable development and human rights, according to Rhona Smith, the UN Special Rapporteur on the situation of human rights in the country.  She spelled out that it should be based on “respect for open and constructive debate involving multiple voices and the free expression of ideas”, including dissenting views.

Moreover, she encouraged the Government to adopt a comprehensive understanding of who might be at risk of being left behind so that development efforts are targeted where they are most needed.   “The poor and near-poor need to be brought from behind,” she said. 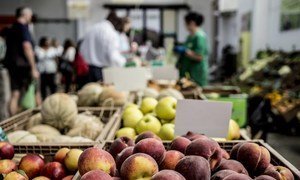 Global food prices have risen to their highest level in almost a year, the UN said on Thursday, triggered in part by the rapid spread of African Swine Fever in China, which is home to half the world’s pig population.

According to the Food and Agriculture Organization, or FAO, while rice has remained stable, meat, dairy products, vegetable oil and sugar all cost more in April than they did in March. On cereals, which saw a fourth monthly price fall in a row, FAO said that projected record grain harvests this year – of more than 2.7 billion tons – indicated that prices “are likely to remain under pressure”.

Turning to the impact of African Swine Fever in China, FAO said that the sickness could cause a near 20 per cent decline in China’s hog numbers, which would in turn have a noticeable effect on world markets for meat and animal feed.

In a related development, the UN agency stated that although that the price of importing food is falling, poorer nations are unlikely to benefit as much as richer States.  The Food Outlook report suggests that this is because their currencies are weakening against the US dollar, which is the primary international trading currency. 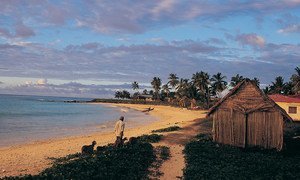 It is nothing less than a “moral, ethical and economic imperative” to take more action to mitigate the existential threat posed by climate change, said top executives from across the United Nations system on Thursday.

Calling on Member States to take “urgent action to limit global temperature rise to 1.5°C above pre-industrial levels”, the leaders of more than 30 UN agencies and entities, issued a formal, joint appeal for governments everywhere to “step up ambition and take concrete action” ahead of the landmark Climate Action Summit, which has been convened by UN chief António Guterres this September.

Listen to or download our audio  News in Brief for 9 May 2019 on SoundCloud: