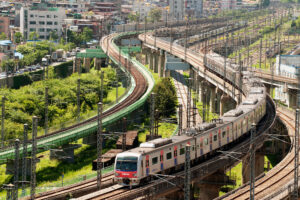 Around 16 million new jobs could be created in clean energy, energy efficiency, engineering, manufacturing and construction industries in the Asia-Pacific region, more than compensating for the estimated loss of five million jobs by downscaling industries.

The Asia-Pacific Trade and Investment Report 2021 was jointly launched on Monday by the UN Economic and Social Commission for Asia and the Pacific (ESCAP), the United Nations Conference on Trade and Development (UNCTAD), and the UN Environment Programme (UNEP).

Climate-smart policies have a significant cost, particularly for carbon-intensive sectors and economies, but the cost of inaction is far greater. Some estimates are as high as $792 trillion by 2100, if the Paris Agreement targets are not met.

Globalization has lifted billions of people out of poverty in #AsiaPacific, but the economic growth supported by existing trade and investment policies has come at a steep cost to the #environment.

Ms. Alisjahbana said this causes “strong concerns on the effects on the developing countries since many economies in the region are at risk of being pushed out of key markets”.

For her, the roll-out of COVID-19 recovery packages could provide opportunities to invest in low-carbon technologies and sectors.

The Asia-Pacific region is currently the largest emitter of greenhouse gases, but the new report reveals significant room to make these economies greener.

For example, there are still more barriers to trade in environmental goods than in carbon-intensive fossil fuels and fuel subsidies continue to exist.

According to the report, the “timely abolishment” of these two policies, and replacement with more targeted measures, could provide much-needed finance and reduce emissions.

For the Bangladesh Commerce Minister, Tipu Munshi, Honourable, these measures “are very much befitting given the crises” the world is facing.

In a joint message, New Zealand’s Minister for Trade and Export Growth, Hon Damien O’Connor, and the Minister of Climate Change, Hon James Shaw, said that “one of the most substantial roadblocks in the way of cutting emissions is fusil fuel subsides”.

According to the report, regional trade agreements can also help, and this change has started to happen. The report points to a general trend towards more environmental provisions in these agreements.

The Asia-Pacific Trade and Investment Report 2021is the first to examine the impact of upcoming border carbon adjustment in the region.

It is also the first time an index evaluates climate-smart trade and investment policies.