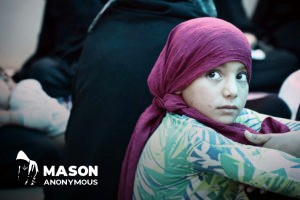 Expressing concern about the military campaign launched on Wednesday, the UN’s emergency relief chief Mark Lowcock noted that the Turkish Government had “assured me that they attach maximum importance to the protection of civilians and the avoidance of harm to them”.

“When we talk about 'safe zones', it’s not something that’s been set up by humanitarians; it is a zone that has been set up by military planners in #Turkey. So we do not control it and we have not been involved in the planning of it,"- @UNOCHA at @UNGeneva briefing. #Syria pic.twitter.com/LIL59q01H6

Speaking to journalists in Geneva,  Jens Laerke from the Office for the Coordination of Humanitarian Affairs (OCHA), said that Thursday had seen “intense shelling all along the north-eastern Syrian border with Turkey, from Jarablus, to the west of the Euphrates, to the Iraqi border”.

Highlighting the potential for further suffering for Syrians caught up in more than eight years of war, Christian Cardon de Lichtbuer, from the International Committee of the Red Cross (ICRC), said that “we have there all the ingredients for unfortunately yet another humanitarian crisis in Syria”.

As of Thursday evening, the UN human rights office, OHCHR, reported that seven civilians, including two women and a boy, had been killed in the first two days of the Turkish operation.

A male civilian man was also reported killed in Jarablus on Wednesday, OHCHR spokesperson Rupert Colville said, adding that a woman and a boy were injured yesterday, during “counter-attacks and ground strikes” by Kurdish non-State armed groups.

In response to the mass displacement of people from the northern border area, mainly to Al-Hasakeh district, the World Food Programme (WFP) has provided ready-to-eat meals to around 11,000 people there, with the help of the Syrian Arab Red Crescent (SARC).

WFP supports close to 650,000 people in north-eastern Syria via a field hub in Qamishli; around 580,000 are currently in areas under Kurdish control, it said in a statement.

“Mass population displacement has been reported since the escalation of violence”, said WFP spokesperson Hervé Verhoosel. “Over 70,000 people from Ras al-Ain and Tal Abiad have been displaced so far.”

UN food agency ‘will cover’ needs of the displaced

Several thousand more have move to Raqqa governorate since the beginning of Operation Peace Spring by the Turkish military on Wednesday, Mr. Verhoosel added, while many other were on their way to shelters in Raqqa city, “where WFP will be covering their food needs”.

Although UN humanitarian staff remain in Qamishli, “their ability to operate and provide relief is severely restricted” by the hostilities, OCHA’s Mr. Laerke explained, adding that local authorities were also reportedly “imposing some quite strict security measures at checkpoints”.

“This is a station that provides safe water to at least 400,000 people in Hassakeh governorate, including displacement camps,” she said

In Tal Abiad, two schools have been reportedly taken over for military use, Ms. Mercado added, while child protection programmes have been suspended in Ras al-Ain, Mabrouka camp, Tal Halaf, Sulok and Tal Abiad.

Health and Nutrition response in Ras al-Ain and Mabourka camp had also been put on hold, while schools in these areas have closed and the water supply has been affected.

Asked whether any Syrian refugees had been seen returning to a so-called safe zone either side of the Turkey-Syria border, Andrej Mahecic, spokesperson for the UN High Commissioner for Refugees (UNCHR), said that he had “no information” of any Syrian refugees doing so.

Any such buffer zone would have to set up “with full international humanitarian law safeguards in place, including the consent of the Government and warring parties and the zone being of civilian character, the safety of civilians would be hard to guarantee”, the UNHCR spokesperson added.

So-called ‘safe zone’ is not managed by UN

Echoing those comments, OCHA highlighted the vulnerability of those displaced by the conflict and the uncertainty surrounding a so-called buffer zone cleared of Kurdish fighters on the border, reportedly proposed by Turkey.

“It’s not something that’s been set up by humanitarians, it is a zone that has been set up by military planners in Turkey,” said Mr. Laerke. “We do not control it and we have not been involved in the planning of it.”

After more than eight years of war in Syria, needs are “significant and widespread”, Najat Rochdi, Senior Humanitarian Adviser to the UN Special Envoy for Syria, reiterated in Geneva on Thursday.

Over 11 million people require some form of humanitarian assistance, she said, including 4.7 million living in areas of high severity of need.

Amid uncertainty about how the military campaign will develop, the ICRC reiterated concern about the lack of basic services available to those displaced in the coming days and weeks, in towns and cities levelled by bombardment and shelling in a bid to drive out ISIL forces.

“People are moving inside Syria, so we can assume, yes, they will go towards (the) south,” said the international Red Cross committee’s Mr. de Lichtbuer. “With the complexity and so areas like Deir-Ez-Zor, and Raqqa, which are not necessarily places that can welcome thousands of people, we will see how it evolves in the coming hours, because it is moving very fast.”