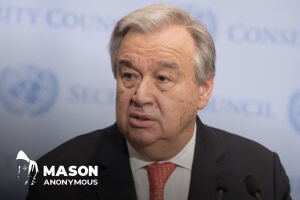 According to media reports, gunmen opened fire Monday evening (local time) at multiple locations in central Vienna. One of the victims was killed at the scene of the shootings, while a second died of their injuries. At least fourteen wounded people are in hospitals, some with serious injuries.

I’m following with grave concern the violent attacks of terror in Vienna, one of our UN HQ.

I condemn these attacks in the strongest possible terms and reaffirm the @UN's solidarity with the people & Government of Austria. https://t.co/WQfbKhsMg6

Members of the security forces are also among the wounded.

Secretary-General António Guterres is following with “utmost concern” the still evolving situation in Vienna’s city centre, his spokesperson said in a statement.

“[He] strongly condemns these attacks and reaffirms the solidarity of the United Nations with the people and the Government of Austria,” the statement added.

Mr. Guterres also offered his condolences to the families of the victims and wished those injured a speedy recovery.

‘Heart goes out to the victims’

Vienna is also host to a number of key UN offices, including, among others, the headquarters of the UN Office on Drugs and Crime (UNODC), the International Atomic Energy Agency (IAEA), and UN Industrial Development Organization (UNIDO).

In a message posted on her twitter account, Ghada Fathi Waly, the Executive Director of UNODC, who also serves as the Director-General of the UN Office at Vienna (UNOV) also offered her sympathies to the victims.

“My heart goes out to the victims and all those affected by this horrific attack in our host city,” she said, adding that the UN community in Vienna “stands with the people of Austria at this tragic and difficult time.”