According to a statement released by his Spokesperson, António Guterres spoke on the phone with the former Nigerian president, Olusegun Obasanjo, to exchange views on the conflictthat has affected millions of people across the country and the rest of the region,since fighting began in Tigray, in November 2020.

During the conversation, Mr. Obasanjo briefed the Secretary-General about his latest visit to the Ethiopian capital, Addis Ababa, and the capital of the regional state of Tigray, Mekelle. 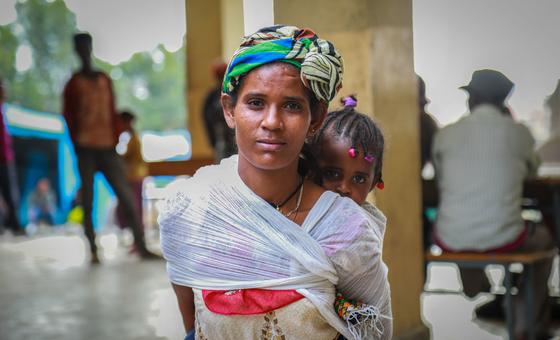 A displaced woman carries her baby in Mekelle, capital of Tigray, Ethiopia, by ©UNICEF/ Esiey Leul

The High Representative told Mr. Guterres about the efforts being made by the Government of Ethiopia and the Tigray Peoples Liberation Front (TPLF) to move towards a resolution of the violent conflict.

In the call, Mr. Obasanjo also “expressed optimism that there is now a real opportunity for political and diplomatic resolution of the conflict.”

Despite this optimism, the UN chief believes ongoing military operations “remain a challenge to the peace process and sour the confidence building measures that we hope are being taken by all parties in the conflict.”

He also reiterated his call on all parties to rapidly end hostilities as a step in the right direction for peace-making.

“The United Nations stands ready to support an all-inclusive and nationally owned dialogue, peace, security, and reconciliation process in Ethiopia”, he said.

According to the UN chief, the international community must continue to emphasise the need for all parties to demonstrate sincerity and commitment to the peace process.

It has now been 14 months since clashes first erupted between federal Government troops and forces loyal to the TPLF.

Amidst allegations of widespread human rights abuses, thousands are feared killed as more than two million have been forced to flee their homes. 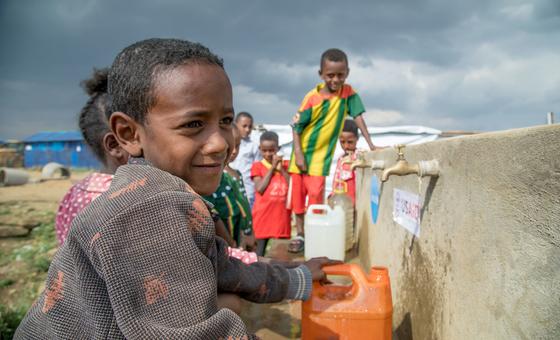 Over the past few months, killings, looting and destruction of health centres and farming infrastructure, including irrigation systems that are vital to production, have caused humanitarian needs to surge.

In his statement, the Secretary-General called again on all actors in the conflict to support and facilitate local and international efforts to provide humanitarian aid.

“While we observe the AU-led peace process with great hope, we remain concerned about the humanitarian situation in various parts of Ethiopia affected by the war”, he said.

Last week, the World Food Programme (WFP), announced that aid and food distribution operations in northern Ethiopia are about “to grind to a halt”, amid ongoing fighting, bloodshed and a lack of funding.

Currently, an estimated 9.4 million people require humanitarian food assistance. This is an increase of 2.7 million from four months ago.

The UN agency plans to reach 2.1 million people with food assistance in Tigray, along with 650,000 in the neighbouring region of Amhara and 534,000 in Afar region.