The UN describes the conference as a critical international forum for effectively dealing with the challenges faced by the region. These include increased insecurity, development deficits, humanitarian needs, and barriers to access to basic social services, production systems and humanitarian support.

After nearly 13 years of conflict, armed groups continue to spread violence in the four countries that border the lake (Chad, Niger, Nigeria, and Cameroon). Some 5.6 million people are believed to be at risk of severe food insecurity, and around 2.9 million are internally displaced. including 2 million in Nigeria alone.

These figures have grown since the last Conference, held in Berlin in 2018, a result of increasing instability, the COVID-19 pandemic long-term effects, the impact of climate change, and economic shocks, all of which have exacerbated the humanitarian situation. The amount of funding required for the emergency response in the Basin has also risen, from $259 million in 2018, to an estimated $1.8 billion.

The Conference, which is taking place at the Mahatma Gandhi International Conference Centre in Niamey, Niger, between 23-24 January. is being co-hosted by the Governments of Niger, Germany, and Norway, together with the United Nations. Speakers include Joyce Musa, the UN Assistant Secretary-General for Humanitarian Affairs and Deputy Emergency Relief Coordinator.

The objectives of the conference include a focus on improved coordination between the different actors involved in humanitarian, stabilization, and development activities in the region; better access for humanitarian assistance to all parts of the population; and addressing the adverse impacts of climate change as part of peacebuilding and humanitarian efforts. 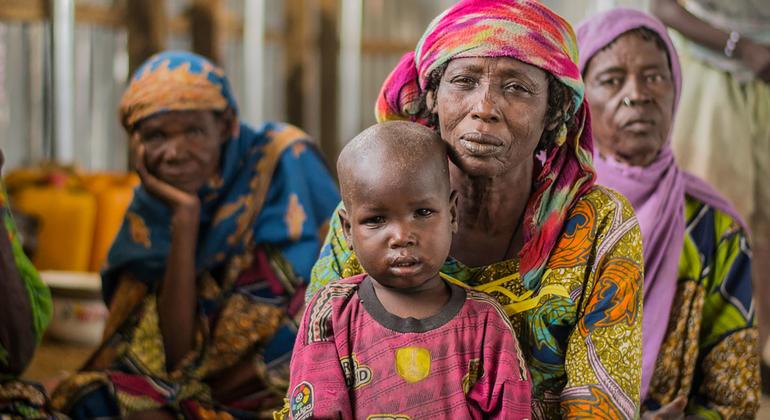 A ‘Gordian knot of problems’

Speaking on the first day of the conference, Ms. Msuya reminded delegates that Lake Chad was once a flourishing region, where goods moved freely across borders, in a collaborative environment.

That spirit of cooperation, she said, broke down under a “Gordian knot of problems”, from extreme poverty and poor access to essential public services, to a lack of trust, rising inequality, corruption, sectarian mistrust, and rapid depletion of natural resources and climate change.

“Immediate humanitarian action is necessary to save lives and relieve the suffering that has resulted from this collapse. But…unless we tackle the root causes of the crisis, the region’s wounds will not heal”, declared the deputy relief coordinator, in a call for a long-term commitment to building lasting resilience, in the face of an uncertain future.