In a message released on social media, WHO said that the agency’s Director-General, Tedros Ghebreyesus, will “convene an Emergency Committee on the novel #coronavirus (2019-nCoV) under the International Health Regulations”, with the aim of ascertaining “whether the outbreak constitutes a public health emergency of international concern, and what recommendations should be made to manage it”.

The Chinese National Health Commission confirmed on Monday that two people in Guangdong province had been infected via human-to-human transmission, raising the potential of the virus spreading more widely. 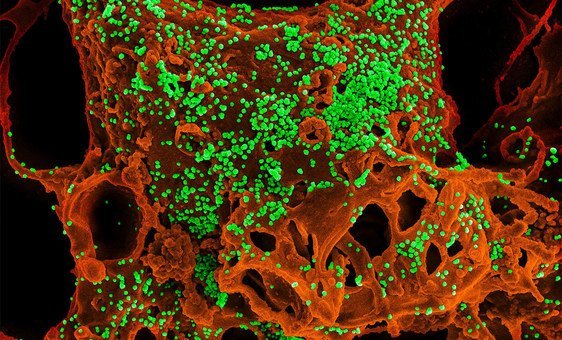 “Based on current information, an animal source seems the most likely primary source of this outbreak with limited human-to-human transmission occurring between close contacts”, WHO spokesperson Tarik Jašarević said at a press briefing in Geneva on Tuesday. “Reports suggest that infection can cause mild to severe disease and be fatal in some. Based on current data, some new cases seem to experience milder diseases which is within the milder end of the spectrum of symptoms caused by respiratory illnesses”.

On Saturday, hundreds of millions of people will cross-cross China, as they travel to celebrate the Spring Festival, or Chinese New Year. This also risks complicating efforts to contain the virus.

The international dimension to the outbreak was first reported on January 13, with the news that a traveller from China was being treated for the virus in Thailand. Mr. Jašarević said that four cases have been reported outside China: a further case was identified in Thailand, as well as in Japan, South Korea and Wuhan. All the patients had reportedly travelled from the Chinese city of Wuhan, where the virus was first identified in December 2019.

Some 278 cases have been identified worldwide, including the major metropolitan centres of Beijing and Shanghai, but most patients are in Wuhan, a city of around 11 million. On Monday, Wuhan’s health authorities said that some 15 medical workers have been infected, possibly due to contact with patients, and that one is in a critical condition.

“More cases should be expected in other parts of China and possibly in other countries in the coming days”, said Mr. Jašarević. “A team from WHO are concluding a mission with health officials in Wuhan working on the response to novel coronavirus”.

WHO has issued guidance on how to detect and treat people sickened by the virus, including regular hand washing; covering your mouth and nose when coughing and sneezing; thoroughly cooking meat and eggs; and avoiding close contact with anyone showing symptoms of respiratory illness, such as coughing and sneezing.

Coronaviruses are described by WHO as “a large family of viruses that cause illness ranging from the common cold to more severe diseases”.

Probably the best known is Severe Acute Respiratory Syndrome, commonly known as SARS, which broke out in Asia in 2003, and spread to countries in North America, South America and Europe, killing nearly 650 people in China before being successfully contained later that year.

Coronaviruses are transmitted between animals and people, and there are several known coronaviruses currently circulating in animals, that have not yet infected humans.