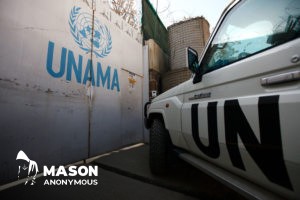 The mission based its preliminary findings on face-to-face interviews with 13 detainees who were freed from a Taliban detention facility by Special Forces troops from the Afghan Army, on 25 April.

The 53 prisoners released include 45 members of the Afghan defence forces and eight civilians, including three Government officials. Most had been held since last year.

UNAMA said the freed prisoners had provided “consistent accounts” of being held underground in five overcrowded rooms and being forced to work for at least seven hours a day, “including making improvised explosive devices”.

“Detainees said they were held in sub-zero temperatures during winter and were fed beans and bread twice a day, with no medical aid apart from some painkillers and antiseptic for wounds”, said the Mission in a press release.

The fundamentalist Taliban, which ruled Afghanistan for five years up until the allied invasion of the country in 2001, is engaged in peace talks facilitated by the United States but refuses to negotiate directly with the internationally-recognized Afghan Government. Last month the UN Security Council condemned the announcement of its annual “spring offensive” saying it would simply result in more unnecessary suffering and destruction for the Afghan people”.

The head of UNAMA, Tadamichi Yamamoto, who is also UN Special Representative in the country, said: “I am gravely concerned about these serious allegations of ill-treatment, torture and unlawful killing of civilians and security personnel, as well as the deplorable conditions of detention”.

UNAMA’s Chief of Human Rights, Richard Bennett, reminded Taliban leaders that “international humanitarian law applicable to international and non-international armed conflicts provides that all persons who do not take direct part in hostilities, or who have ceased to do so, must always be treated humanely”.

The mission is mandated by the Security Council to monitor detention facilities throughout the country to promote accountability and assist the implementation of freedoms and rights under the Afghan Constitution.