Mr. Disale, one of 10 finalists for the prestigious accolade, was recognized for his “exceptional” efforts at promoting girls’ schooling and his innovations to engage students and spark their interests in the classroom.

And that is not all, the exceptional educator also played an instrumental role in preventing a young female student from being married off to a man over twice her age. 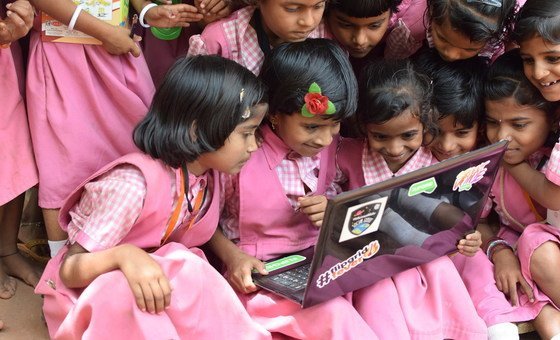 In an exclusive interview with UN News, Mr. Disale recalls a knock at the door as someone came to his house to tell him about the wedding. It was a Sunday.

“I was shocked. How can a 13-year-old girl get married. I rushed to her home”, he said.

When he arrived, he saw the wedding ceremony was about to take place.

“I talked to her parents, I told them it is completely illegal, they cannot do this … but the girl’s father told me ‘not to interfere’ in their family matters”, Mr. Disale recounted.

When his pleas went unheard, he called the police, who came and stopped the wedding.

After the police left, Mr. Disale had to face the wrath of the community: “They were very angry at me”.

Though it took time, he was able to convince the community that under-aged girls – children – should not be married off.

He was also able to make them understand the importance of education for girls, for their physical and mental development and for their economic sufficiency.

Listen more in our exclusive interview:

The Global Teacher Prize is a $1 million award presented annually to an exceptional teacher who has made an outstanding contribution to their profession. This year’s 10 finalists were selected from over 12,000 applications and nominations from over 140 countries.