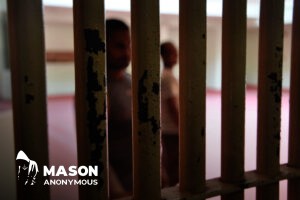 According to the UN human rights office (OHCHR), conditions in Iranian prisons, suffering from chronic overcrowding and poor sanitary conditions, have worsened during the pandemic. Shortage of water and inadequate protective equipment, testing, isolation and treatment have led to a spread of coronavirus among detainees, reportedly resulting in a number of deaths.

Michelle Bachelet, UN High Commissioner for Human Rights, underlined the responsibility of States to ensure health and well-being of all individuals under their care, including those in prisons.

“Under international human rights law, States are responsible for the well-being, as well as the physical and mental health, of everyone in their care, including everyone deprived of their liberty,” she said in a news release, on Tuesday.

“People detained solely for their political views or other forms of activism in support of human rights should not be imprisoned at all, and such prisoners, should certainly not be treated more harshly or placed at greater risk,” she added.

Discrimination in measures to mitigate COVID-19

In February, the Iranian judiciary issued directives on temporary releases to reduce the prison population and avoid further spread of the virus, benefiting some 120,000 inmates, according to official figures, said OHCHR, adding that the measures appear to have been suspended, and prisoners have been required to return in large numbers.

In addition, people sentenced to more than five years in prison for “national security” offences were excluded from the schemes.

As a result, most of those who may have been arbitrarily detained – including human rights defenders, lawyers, dual and foreign nationals, conservationists, and others deprived of their liberty for expressing their views or exercising other rights – have been placed at a heightened risk of contracting the virus, added the Office.

“I am disturbed to see how measures designed to mitigate the spread of COVID-19 have been used in a discriminatory way against this specific group of prisoners,” said High Commissioner Bachelet.

One of the most emblematic cases is that of prominent lawyer and women’s rights defender, Nasrin Sotoudeh, who was given a combined prison sentence of over 30 years on charges related to her human rights work. Her life is believed to be at considerable risk as she suffers from a heart condition, and has been weakened by a long hunger strike.

“Once again, I urge the authorities to immediately release her, and grant her the possibility of recuperating at home before undergoing the medical treatment of her choice,” said Ms. Bachelet

“Over the years, she has been a persistent and courageous advocate for the rights of her fellow Iranians, and it is time for the Government to cease violating her own rights because of the efforts she has made on behalf of others.”

‘Expressing dissent is not a crime’

The High Commissioner also voiced concerns over persistent and systematic targeting of individuals who express any dissenting view, and the criminalization of the exercise of fundamental rights.

“It is disheartening to see the use of the criminal justice system as a tool to silence civil society,” said Ms. Bachelet.

“Expressing dissent is not a crime. It is a fundamental right that should be protected and upheld,” she stressed, calling on the Iranian Government to review – in light of the country’s international legal obligations, including the right to a fair trial – all sentences of people detained without sufficient legal basis.

She also called for the unconditional release of human rights defenders, lawyers, political prisoners, peaceful protesters and all other individuals deprived of their liberty for expressing their views or otherwise exercising their rights.

“It is particularly important to rectify such injustices at a time when COVID-19 is coursing through Iran’s prisons.”