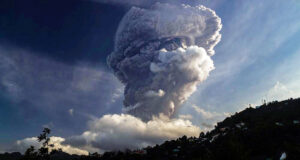 Didier Trebucq, UN Resident Coordinator for Barbados and the Caribbean, briefed journalists on response to the growing humanitarian crisis sparked after long-dormant La Soufrière volcano erupted last week, displacing some 20,000 people, or roughly one-fifth of the population.  Around 6,000 are considered vulnerable.

“We are about to initiate the UN funding appeal and response plan to support the humanitarian response, but also the early recovery for the next six months”, he said, speaking via video link from Barbados.

“This is a crisis that is going to last certainly more than six months in the sub-region, in Saint Vincent, and other islands.”

Saint Vincent and the Grenadines, located in the southern Caribbean, consists of more than 30 islands and cays, nine of which are inhabited.

At 4,000 feet tall, La Soufrière dominates the largest island, Saint Vincent.  The volcano had been silent since 1979, but began spewing smoke and rumbling in December, before erupting on Friday.

“We are facing regular eruptions of the volcano, including up to last night”, Mr. Trebucq reported.

“We are expecting that continuous explosions and ash fall will continue over the coming weeks in Saint Vincent and the Grenadines, but also in neighbouring islands such as Barbados, which has also been severely affected…as well as Saint Lucia and Grenada.”

Some 4,000 of the displaced people are now living in 87 shelters, though many facilities lack basic services such as drinking water. Others have found refuge with families and friends, while a handful fled to neighbouring countries on fishing boats.

Mr. Trebucq said right now, water is “priority number one”, as service has shut down in many areas and supplies are being transported from sister Caribbean nations.  The UN Children’s Fund, UNICEF, and the Pan-American Health Organization (PAHO), the regional office of the UN health agency WHO, are on the ground to assess needs.

“Priority number two is really about shelter management”, he continued, highlighting the need for cots and basic hygiene items. UN teams, including from the World Food Programme (WFP) are working with the Vincentian authorities on digital registration of beneficiaries for cash vouchers.

“The clean-up of the ashes, finally, is another important priority, in terms of environmental health but also clean-up to make sure that life can come back to normal outside the red zone as soon as possible,” Mr. Trebucq added.

Relatedly, UN agencies, in collaboration with the European Union, are also working to provide experts who will devise a plan for the clean-up of volcanic ash in Saint Vincent and the Grenadines and the other affected islands. 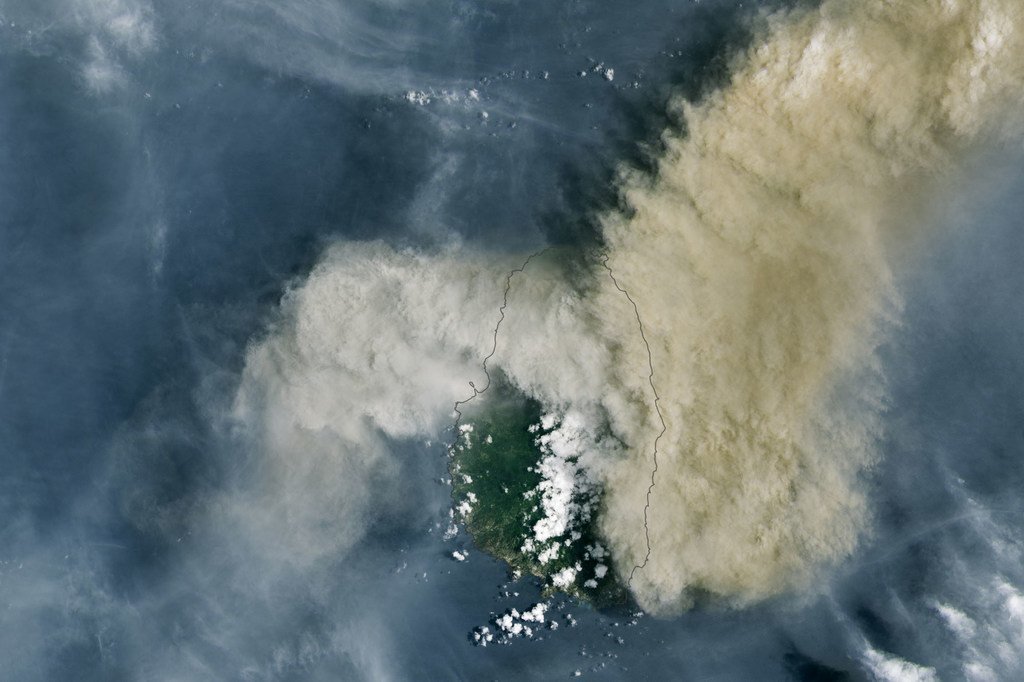 NASA
Ash and gas hangs over the Caribbean island of Saint Vincent following a volcanic eruption.