After the Committee on the Elimination of Racial Discrimination (CERD) reviewed the US’ racial justice record, the UN human rights office issued a statement in which CERD Expert and Country Rapporteur Faith Dikeledi Pansy Tlakula recounted her observation that the country’s firearm homicide rate had increased, especially amongst black men and in impoverished communities.

While acknowledging the measures that had been taken to address gun violence, Ms. Tlakula had wondered what was being done to address its “disparate impact” on racial and ethnic minorities as well as indigenous peoples.

Amidst a significant rise in hate crimes against ethnic minorities, the Committee had welcomed recent US legislation, such as the COVID-19 Hate Crimes Act, but questioned why the country has yet to institutionalize a coordinating mechanism, like a national human rights institution.

Ms. Tlakula said that the Committee had repeatedly expressed concern over its lack of such a mechanism, and asked what measures had been adopted to create a permanent and effective coordinating mechanism at the federal level.

The Committee had noted that the US was aware of its recommendations on establishing a national human rights institute and that it would take them under consideration to the extent that they could be enforced under the presidency of Joe Biden.

The Committee had also pointed out that the country was ensuring accountability surrounding the use of force, noting that the Department of Homeland Security had enforced strict standards of conduct for police officers.

Moreover, a department-wide use of force policy, which stressed respect for human life, was released in 2018, and updated in 2021.

And police training has been provided in de-escalation, use of force, and border fence patrols. 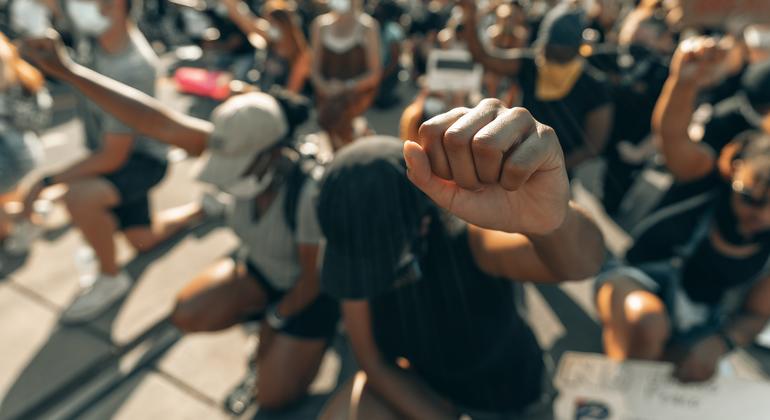 The US Office of Civil Rights and Liberties also investigated cases of excessive use of force and tracked these through an online dashboard, with over 600 such incidents logged so far this year.

In her concluding remarks, Ms. Tlakula had told the Committee that uncomfortable conversations and concrete measures and actions were necessary “to lay the scourge of racism to rest”.

She had also expressed hope that the country would continue to hold consultations with civil society, maintaining that they would lead to progress in implementing the Committee’s recommendations.

The US Ambassador to the Human Rights Council and head of the delegation, Michèle Taylor, had acknowledged that the US needed to do better on eliminating racial discrimination, and was “deeply committed” to using all levers at its disposal to do so.

The US State Department’s Special Representative for Racial Equity and Justice and delegation co-leader, Desirée Cormier Smith, had said that the country shared the Committee’s vision for sustained efforts to eliminate racial discrimination. She also expressed sadness that ethnic and racial minority groups still needed to fight for the freedoms enjoyed by the white population.

The Committee will issue its concluding observations on the report of the United States after the session concludes on 30 August.

Summaries of the public meetings of the Committee can be found here, and webcasts here.

Special Rapporteurs and independent experts are appointed by the Geneva-based UN Human Rights Council to examine and report back on a specific human rights theme or a country situation. The positions are honorary and the experts are not paid for their work.