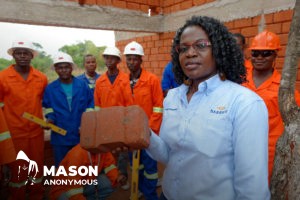 In a report covering 13,000 firms in 70 countries, the International Labour Organization (ILO) said that globally, around six in 10 agreed that gender diversity improved their business, with almost as many citing gains in creativity, innovation and reputation.

In terms of profits, almost three-quarters of companies that tracked gender diversity in management positions reported increases of between five and 20 per cent, while the majority saw 10 to 15 per cent growth.

Firms with more women in management:

In addition to higher profits, report author Jae-Hee Chang also underlined that having more women in the boardroom also led to more female managers at the entry, medium and senior level.

Despite these positive findings, less than a third of company boards globally have at least 30 per cent female participation – the “critical mass” where the positive effects on the bottom line of more women in senior management begin to kick in, according to ILO. “What happens at the very top leadership does trickle down,” she said. “It does have an association and connection to business performance.”

“It’s clear there are still fewer women in those type of (senior) roles than in the workforce as a whole, and the higher you go in the chain of command in a company… the less likely you are to find a woman”, said Deborah France-Massin, Director of the ILO Bureau for Employers’ Activities.

At a national level, the UN report also found a correlation between more female employees and increased production, based on data from 186 countries from 1991-2017.

“We expected to see a positive correlation between gender diversity and business success, but these results are eye-opening”, Ms. France-Massin explained. “When you consider the efforts companies make in other areas to get just an extra two or three per cent in profits, the significance is clear: companies should look at gender balance as a bottom line issue, not just a human resource issue.”

Despite the “conscious and unconscious bias” today that prevents women from being exposed to the full range of tasks in businesses that help to ensure career progression, there is some evidence that this discrimination is being addressed, Ms. France-Massin insisted.

This is in part owing to increased education levels that are gradually creating a larger number of talented girls everywhere, she said, before warning gender discrimination in the workplace was potentially a bigger problem than previously thought.

It “goes above and beyond the workplace,” she said. “Workplaces are a microcosm of the societies we are operating in and the culture we are born into. Companies can do so much, but it’s also about societal change and the role of women in society and the acceptance that as the workplace progresses, companies need talent to move forward, and some of those barriers that used to be there need breaking down even further.”