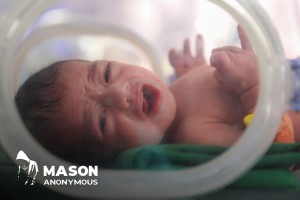 According to UNICEF, one woman and six newborns die every two hours from complications during pregnancy or childbirth. The years of intense fighting in the country have contributed to limited access to crucial healthcare, with only three out of 10 births taking place in regular health facilities.

The results are part of a series compiled by the agency, Childbirth and parenting in a war zone, released this week.

Addressing the grim statistics, UNICEF Executive Director Henrietta Fore said that “bringing life into the world in Yemen, can all too often turn into a tragedy for entire families”.

Yemen was already the poorest country in the Middle East and one of the world’s most impoverished even before the war between the Saudi-led Government coalition and Houthi rebels, escalated early in 2015. The maternal mortality rate has risen sharply since then, from five maternal deaths a day in 2013, to 12 a day last year.

“Decades of underdevelopment and years of intense fighting have left essential public services, including crucial healthcare for mothers and babies, on the brink of total collapse”, Ms. Fore added.

With mothers and babies amongst the most highly vulnerable in Yemen, one in 37 new-born babies die in the first month of life and one out of every 260 women dies in pregnancy or childbirth, according to a UNICEF press release issued on Friday.

Recalling that access to quality ante- and post-natal health services is key to newborn and maternal survival, the agency warned that only 51 per cent of all health facilities are fully functional, and even these face severe shortages in medicines, equipment, and staff, putting lives at risk.

Home births on the rise as services collapse

According to accounts by women interviewed in an ongoing qualitative study on health services in Sana’a, Taiz and Aden, home births are also on the rise. Women reported that because families are getting poorer by the day, an increasing number of women are opting to have their babies at home, and only seek medical care if they experience complications.

In a country profoundly affected by humanitarian crisis, delivery of routine primary healthcare services has also been overshadowed by the urgency of responding to the cholera epidemic and the chronic starvation threat, leaving pregnant women and newborns with limited access to a broader range of maternal and child health services.

“Antenatal care and skilled health attendance at delivery are essential to the survival of both mothers and babies,” Ms. Fore added. “As the world marks the 30th anniversary of the Convention on the Rights of the Child, we renew our call for all children – in Yemen and elsewhere – to enjoy their full rights to health, education, protection and peace.”

The agency is calling on all parties to the conflict and the international community to focus resources on the poor, marginalized and internally displaced communities and to protect the health care system in the country, with specific attention to primary healthcare.